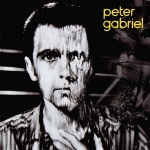 My musical taste is heavily influenced by my brother’s taste when he was a teenager. I slept down the hall from his room in the early 80s so David Bowie, Pink Floyd, Mike Oldfield and a bunch of other British rockers and prog-rocksters provided the soundtrack to my dreams. A favorite album of his at the time and mine for the rest of time was Peter Gabriel’s “melty-face one” (Peter Gabriel [3]). My sister and I sang along to one of the tracks, “Games Without Frontiers,” a million times, always singing “she’s — so — funk-u-lar” in the bit that’s between choruses.

We were totally wrong. The former lead singer of Genesis is saying, “Jeux sans frontières.” I feel both foolish and justified since the lyric we made up matches the sounds better. I blame the British school system for producing a creature with such poor French pronunciation.

Misheard lyrics and other phrases are called mondegreens after a misunderstood line in a Scottish poem called “The Bonny Earl O’Moray.” A famous song one is Jimi Hendrix pleading, “‘Scuse me while I kiss this guy” instead of “‘Scuse me while I kiss the sky.” My brother himself had one that my mother loved. When he learned the Pledge of Allegiance in elementary school and recited it back to her, he said, “One nation, Underdog” instead of “under God.” Who knows; the country might have been better off if it was protected by a plucky shoe-shine dog with an alter ego. 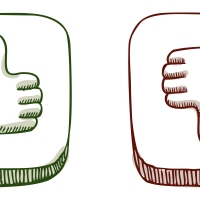